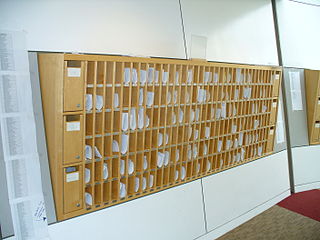 Diagnosing Not Always a Hard Science

How scientific can a diagnosis ever be? Even with simple and easily understood conditions it can be arbitrarily dependent on art rather than hard science, but with something more complex, like ADHD, it seems to some experts that we are doing more harm than good by diagnosing it. Sounds sensible, doesn’t it?

Diagnosing a condition is made difficult when “experts” fail to agree on a definition to begin with. Here’s the press release of recent research published on bmj.com and a paper on the subject, “Attention-deficit/hyperactivity disorder:
are we helping or harming?”, in detail here

A broader definition of attention-deficit/hyperactivity disorder (ADHD) has contributed to a steep rise in diagnosis and prescriptions, particularly among children, warn experts on bmj.com today.

Rae Thomas, a senior researcher at Bond University in Australia, and colleagues say that this may mean “unnecessary and possibly harmful medical treatment” for some individuals, with others estimating drug costs of up to $500m in the US alone.

They argue that reducing the threshold for diagnosing ADHD “devalues the diagnosis in those with serious problems” and call for “a conservative stepped diagnostic approach” to help reduce the risk of over-diagnosis.

To be diagnosed with ADHD, a child, adolescent, or adult should meet clear diagnostic criteria outlined in the American Psychiatric Association’s Diagnostic and Statistical Manual of Mental Disorders (DSM-5) – used around the world to classify mental disorders – or International Classification of Diseases (ICD-10).

But the authors point out that definitions of ADHD have been broadened in successive editions of DSM – and the more restrictive diagnostic criteria of ICD 10 result in smaller prevalence rates than ADHD diagnosed using the DSM criteria.

Most children are diagnosed with mild or moderate ADHD. It is likely that clinicians are better at detecting and diagnosing ADHD – but it is also thought that some of the rise reflects over diagnosis or misdiagnosis, they write.

Prescribing rates for commonly used drugs for children diagnosed with ADHD have also increased, they add. Australian data show a 73% increase for ADHD medication between 2000 and 2011, while in the United Kingdom prescriptions increased twofold for children and adolescents between 2003 and 2008 and fourfold in adults.

Prescribing of methylphenidates and amphetamines in the US increased steadily between 1996 and 2008, with the greatest increase in adolescents aged 13-18 years. And in the Netherlands, prevalence and prescribing rates for children who had ADHD diagnosed doubled between 2003 and 2007.

Despite this, there is very little data on the long term benefits of treatment, say the authors. These medications can cause adverse reactions such as weight loss, liver toxicity, and suicidal thoughts, and in the short term may suppress pubertal growth.

A diagnostic label also carries a stigma, they add. Children labelled as having ADHD are perceived as lazier and less clever by peers, and teachers and parents have low academic expectations of them potentially creating a self fulfilling prophecy.

Severe cases of ADHD are obvious, but in mild and moderate cases – which constitute the bulk of all ADHD diagnoses – subjective opinions of clinicians differ, say the authors.

For these cases, they propose a stepped diagnostic approach “to reduce unnecessary diagnoses without risking under-treatment of those who really need psychiatric help.” They conclude: “Despite extensive research into factors contributing to ADHD aetiology, we are no closer to understanding the cause or causes of this disorder.

The broadening of the diagnostic criteria in DSM-5 is likely to increase what is already a significant concern about over-diagnosis. It risks resulting in a diagnosis of ADHD being regarded with scepticism to the harm of those with severe problems who unquestionably need sensitive, skilled specialist help and support.”

The conflict between the ICD and DSM diagnostic manuals doctors use and the subjectivity of diagnoses show the lack of science in diagnosing ADHD – whatever that is! It follows that there is a corresponding lack of science in prescribing for ADHD, and a lack of science in the management and follow-up prescriptions. Add to this the fact that, “We are no closer to understanding the cause of this disorder,” you can appreciate that, being a homeopath often accused for lacking science, you can see who is in the glass-house throwing stones!

In summing up their article, the authors also make the following points about diagnosis and treatment:

Leap of faith—Identifying and treating more people with ADHD will improve their quality of life.
Evidence of over-diagnosis—Severity of ADHD criteria is subjective. Prevalence varies markedly within and between countries and there is evidence that inappropriate developmental comparisons, sex, and heuristics contribute to inappropriate diagnoses.
Limitations—Longitudinal data on the prognosis of ADHD and effects of treatments are limited.

In the research paper, the authors say, “These changes (to the DSM-5 diagnosis) are a cause for concern because they increase the risk of confusing ADHD with normal development processes, such as pubertal restlessness and distractibility.”

Furthermore, the researchers warn that the DSM-5 wording to be used to describe impaired functioning has changed from “clinically significant” to something that interferes “with or reduces the quality of social, academic, or occupational functioning.”

Treatment can never be scientific as each person with ADHD, or a variation on the spectrum of it, will be totally different, one from another. There is an aspect to people with this condition which is rarely mentioned: a rigid, fixed stubbornness. This indicates a particular homeopathic medicine which can modify this disposition along with any concomitant symptoms. As well as homeopathic medicine (when prescribed by a registered practitioner), physical therapies such as occupational therapy and neuro-developmental therapy will be of use.

Apart from assaults on the brain from vaccines, birth trauma, deficient nutrition etc., treating the brain to solve ADHD – which is the medical approach, of course – is incorrect. This approach is based on the unproven assumption that the brain dictates physical and mental behaviour. But perhaps, as Prof Shaun Gallagher and the INPP (see the above neuro-dev. link), have found, the body dictates the development of the brain. Therefore, the medical model is approaching ADHD in reverse. If a doctor finds a certain chemical lacking in the brain of people with ADHD, this does not mean this chemical is a cause only that it may, though not necessarily, be associated with the condition.¹

Let me give you an example. If a child uses their fingers, then the part of the brain which controls fingers and dexterity will develop, not otherwise.

In conclusion, it seems homeopathy and physical therapies are a more rational and in the long-term safer way to treat ADHD. They can be safely used in conjunction with medication, if so desired.

For links on articles and books on autistic spectrum visit my parenting and education website.

1. This is known as a post hoc ergo propter hoc fallacy: “because of this, therefore this.” Because x and y exist together, it doesn’t follow that x is the cause of y – or even associated. It may be purely a coincidental correlation.

• Does your child really need Ritalin? No better than placebo according to a Colorado study. Link

• Feb.2016: Is the A.D.H.D. Diagnosis Helping or Hurting Kids? The question is debated in the New York Times.
ADHD diagnosis – five “experts” differ regarding diagnosis – showing a lack of science:

“The Diagnosis Does a Disservice,” claims Dimitri Christakis, paediatrician and epidemiologist  – “Our current diagnostic approaches are too black and white for a disorder that exists on a spectrum.”

“Diagnosis Is Key to Helping Kids,” argues Tanya E. Froehlich, professor of developmental and behavioral pediatrics. She says, “Strong scientific evidence correlates A.D.H.D. with dire health and well-being consequences, which can be alleviated with treatment.”

“There are Worrying Disparities in Diagnosis of Black and White Children,” claims Keith B. Wilson, professor, Rehabilitation Institute: “Though they are more likely to experience symptoms of A.D.H.D., children of color are less likely to receive treatment or diagnosis.”

“Don’t Rush to Saddle Children With the A.D.H.D. Label,” says Donna Ford, professor of special education. “Even when drugs are truly required, students still need strategies to help them pay attention and adjust their behavior when they have lots of energy.”

Hannah Ebelthite replies: ADHD: Should we be medicalising childhood? NHS figures released last August showed 922,000 prescriptions were issued in the previous year. In the decade to 2010 diagnoses had quadrupled. Ebelthite says:

So this study, published in the Journal of Pediatrics (and coming in the same week a Leeds primary school banned playground game ‘tag’ for being too boisterous), has raised understandable alarm that a whole generation is at far greater risk of having normal childhood behaviour pathologised; being drugged, rather than disciplined.