Narcolepsy and Swine Flu Vaccine: HSE Sleeping on the Job 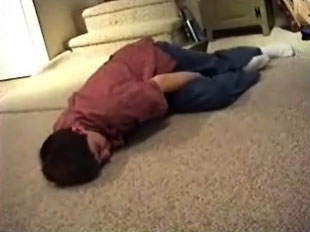 It hasn’t been a good month for vaccine manufacturers or their customers. China is facing a scandal whereby faulty DPT vaccines have been manufactured since 2014 and data relating to a Rabies vaccine have been falsified. The authorities knew since 2017 but failed to act until our good friend social media came to the rescue.

But here in the new, modern sophisticated island of Ireland, a similar story is unfolding. Ralph Riegel has revealed in the Irish Independent that our HSE used excess stock of the swine flu vaccine in 2011 as a response to understocking flu vaccines.[1]

This was despite research at the time showing Pandermix, the swine flu vaccine in use here, had been shown to cause narcolepsy.

Our farsighted mandarins were asked by Glaxo, the manufacturer, to indemnify them, freeing them from responsibility and litigation and so dumping it on the taxpayer. The naïve officials agreed. Riegel tells us:

To fast-track the vaccine into service in 2009, the Government granted GlaxoSmithKline a full indemnity as demanded by the drug firm… The Irish Independent has now learned the Pandemrix problem facing the State was compounded by the decision in 2011 to use up vaccine stockpiles when doctors ran short of normal winter flu jab.

Following up his story, Riegel can now tell us:[2]

More than one-sixth of the re-issued stockpile of a drug, now at the centre of narcolepsy, or sleep disorder fears, is effectively unaccounted for.

In response to two TDs who raised concerns about girls who have been seriously unwell since their Gardasil jab, the then minister for health, now Taoiseach, Leo Varadkar repeatedly called the TDs “irresponsible”… “as if it’s a plot by the drug companies to make money.”[3]

So it is now evident, thanks to Ralph Riegel and others, that the HSE and its “experts”, as Varadkar would say, are the irresponsible ones.

And what of Varadkar’s defence of drug companies? Their first priority is to their shareholders. The second is that they are not here for the benefit of our health! Just three years before the minister’s insensitive reply (perhaps insensitive because he “suffers from Asperger’s; I only found that out recently”, a source close to the Fine Gael leadership tells me), the manufacturer of one HPV vaccine, GlaxoSmithKline, was fined in 2012 for testing vaccines on poor children in Argentina without their parents’ consent or knowledge.

Varadkar appeals to authority; “experts”, but experts today are not experts tomorrow. Varadkar should know, for while he was Minister for Health, his own Health Information and Quality Authority recommended the cessation of the BCG vaccination programme; “side-effects” being one reason cited.[4]

Only the year before Varadkar’s dismissal of these mothers and their daughters, The Daily Telegraph could report: “GlaxoSmithKline ‘bribed’ doctors to promote drugs in Europe, former worker claims: Poland charges 11 doctors and a GSK regional manager in connection with alleged corruption.”[5]

If the minister read the paper that is sympathetic to him and his successor, Minister Harris, he’d have read only the previous year that GSK had bribed hospital staff and doctors in China.[6]

In July 2012 GSK agreed to pay a $3billion settlement for fraud. They had pushed their psychiatric drug Paxil (Seroxat in Ireland), knowing it had no evidence base.

Merck, who manufacture Gardasil also manufactured the MMR. They broke with UK manufacturing guidlines for eleven years by using bovine spinal tissue, meaning the MMR vaccine was infected with CJD. Children in Ireland were given that vaccine (approximately 20 years ago).

So in a battle between drug companies and mothers and their children, the weight of evidence is in favour of the unwitting customers; the women and children. Merck and GSK are hardly credible witnesses.

In his campaign to repeal the Eighth Amendment, Varadkar told us he had “evolved”. Perhaps he could evolve some more and apologise to the women and children he has so coldly dismissed

Further information
The campaign group Sound; Sufferers Of Unique Narcolepsy Disorder
The WHO provides details of drug reactions at www.vigiaccess.org

[3] A short clip of Leo Varadkar’s speech is available at https://youtu.be/rNBK6foPjic. However, just two weeks later he reveals himself to be Janus-faced when he had this to say about drug companies: “Varadkar blames high drug prices on greed”, https://www.irishtimes.com/news/health/varadkar-blames-high-drug-prices-on-greed-1.2469119