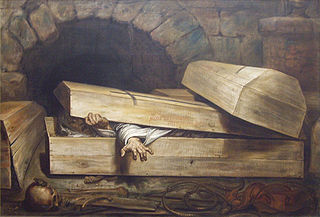 Mr S___, a consultant surgeon (FRCS, Ed.) likes a good adventure. On his latest expedition, he accompanied his wife, a consultant obstetrician, to South Africa. While there, he had time to visit the Heart of Cape Town Museum which according to Wikipedia: “…honors everyone who played a major role in a surgical feat that created a new medical era. It also brings attention to ethical and moral implications that came up at the time. It also highlights the ways in which Barnard’s accomplishment put South Africa and the University of Cape Town on an international stage.”

What was this feat and why aren’t the moral implications relevant today: or are they?

Dr Christiaan Barnard was ambitious and wanted to be the first to perform a heart transplant operation. He was, however, competing against some capable Americans: Norman Shumway, Richard Lower and Adrian Kantrowitz. The Americans had had some failures and finding a suitable donor was challenging. But, Mr S__ could tell me after his trip to the museum, the law which defined the definition of death in South Africa was changed to give Barnard the advantage.

Politics and the law

Typically, an organ can only be harvested from a living body; this, for the Americans, meant cessation of the heartbeat had to occur, i.e. cardiac or heart death. Barnard was enabled to beat the Americans in performing the first heart transplant because he got the law in S. Africa changed; by changing the law so that death was diagnosed by “brain death” not “heart death” he could operate on his donor.

Not to be outdone, the Americans adopted the brain dead definition of death at a Harvard meeting in 1968, when the Ad Hoc Committee of the Harvard Medical School to Examine the Definition of Brain Death published “A Definition of Irreversible Coma.” Remember, this was at a time when little was known about the brain but much assumed; a time before President George H.W. Bush promoted study of the brain when he declared in 2000: “this will be the decade of the brain.”[1]

There are other accounts detailing why the law on the definition of death in South Africa suited Barnard, but it’s not the first time politics or economics played a decisive role in the history of medicine.

France, the US and the HIV controversy

On 14 December 1985 officials of the Pasteur Institute, a leading French research organization, announced that it had sued the United States Government. The New York Times explained:

The director of the institute, Raymond Dedonder, contended at a news conference that its research team headed by Dr Luc Montagnier found the virus that causes acquired immune deficiency syndrome and developed the first test to detect antibodies to the virus in 1983, a year before an American team led by Dr Robert Gallo of the National Cancer Institute.

Professor Dedonder said that after months of fruitless negotiations with American officials over recognition of the institute’s contributions to AIDS research and related commercial rights, the institute was suing to have its “rights recognized in the name of the scientific ethic.”

But Dr. Gallo, the American researcher, said in a telephone interview that the Pasteur Institute was exaggerating its contributions. “We helped them a lot more than they helped us,” he said.

…The Pasteur Institute said the United States Patent Office had ignored its request in December 1983 for a patent for a blood test to detect antibodies to the AIDS virus. The Patent Office subsequently awarded a patent for a similar procedure to the National Institutes of Health team last May…

…Royalties from sales of the N.I.H. test, which is now marketed by five American companies, go to the Federal Government. The test is widely used to screen donated blood for evidence of the AIDS virus and is increasingly used by individuals to discover whether they have been infected.[2]

The national and political rivalry festered for two years until The New York Times reported:

President Reagan and Prime Minister Jacques Chirac of France ended a festering international scientific dispute today, announcing that researchers from the two countries would share credit for discovery of the AIDS virus.

The countries agreed that patent rights to a blood test that emerged from that discovery would also be shared, with most of the royalties donated to a new foundation for AIDS research and education.

The unusual agreement, announced today in the White House by Mr. Reagan and Mr. Chirac, sidestepped the bitter dispute between French and American scientists over who deserves main credit for discovering the AIDS virus. But the two chief contending scientists jointly signed a detailed, seven-page chronology specifying the contributions of each, in effect leaving it to historians to sort out the credit. A New Era Is Predicted

The announcement by heads of state was seen as extraordinary in the annals of disputes over scientific credit. Throughout the history of science, major researchers have been involved in bitter disputes and international rivalries and litigation. But experts said they could not remember when settlement of such a dispute had such direct involvement from the highest levels of government.[3]

How dead is brain dead?

Why was the heart transplant an ethical issue? The answer is because Barnard’s donor was still alive. It’s the case that most organs have to be harvested from the living: patients are “killed for their organs” and I am not referring to China, but Western hospitals. Organs can only be harvested from the living. But if donors are “brain dead” then they must be dead, you ask. Consider this: would a cadaver require anaesthetisation? Of course not!

Robert D. Truog, M.D. and Franklin G. Miller, Ph.D. acknowledged that transplant surgeons were cutting the hearts out of live patients: “Many will object that transplantation surgeons cannot legally or ethically remove vital organs from patients before death, since doing so will cause their death. However, if the critiques of the current methods of diagnosing death are correct, then such actions are already taking place on a routine basis.”[4] This is a position the authors appear to justify in a further comment:

In this article, we challenge the normative rationale for the Dead Donor Rule by rejecting the underlying premise that it is necessarily wrong for physicians to cause the death of patients and the claim that abandoning this rule would exploit vulnerable patients.[5]

There’s also an issue about the reliability of tests to certify brain death. It’s been noted that “there are no global parameters of the brain-dead paradigm; rather a confusion of practice.” The apnoeic test, an important component of brain death assessment, but it has also been noted that “apnoeic tests cause irreversible brain death” and one survey concluded, most worryingly, “the variability in apnoeic testing is an area of the greatest possible inaccuracies.”

But are patients really misdiagnosed as dead? Yes.

Zack Dunlap was diagnosed as being brain dead and was about to have his organs harvested. His cousin, however, insisted he was improving. Zack was spared, made a full recovery and is now a married man.

Zack is just one of many who survived a close call. Colleen S. Burns suddenly woke up when she was transported to the operating room to get organs for transplantation from her. The state fined St. Joseph’s $6,000 in 2009 for nearly removing organs from Colleen who doctors mistakenly believed was dead.

Dr Shewmon of Pediatric Neurology at UCLA has demonstrated that children who have survived as brain dead for up to 14 years have overcome infections and even their wounds. One such case Dr Shewmon reminds us of is the case of Jahi McMath. Shewmon explains:

Jahi McMath was a 13-year-old girl who was declared brain dead on December 12, 2013, after a hemorrhagic complication following complex oropharyngeal surgery. Her case gained international attention as her mother fought a legal battle to keep her on life support. Upon issuance of a death certificate shortly after the declaration of brain death, Jahi was transferred from California to New Jersey, where the law includes a religious exemption from the neurologic determination of death. There she became statutorily resurrected and was treated as a comatose, living patient for the next four and a half years. During that time, she underwent menarche and other aspects of puberty and developed intermittent responsiveness to commands, documented by eyewitness attestations and multiple home videos.

Currently, a number of countries have taken it upon themselves to claim a right to its citizens’ bodily organs – unless one opts-out. Ireland is one such country, if our Fine Gael-led coalition gets its way, and there’s no reason to believe it won’t.[6] But remember: they might have to kill you first…

Notes
[1] See for example “Decade of the Brain”, Wikipedia, https://en.wikipedia.org/wiki/Decade_of_the_Brain

[6] In May 2019 the Irish government approved the Human Tissue Bill. The General Scheme of a Human Tissue (Transplantation, Post-Mortem, Anatomical Examination, and Public Display) Bill is available at https://health.gov.ie/blog/publications/general-scheme-of-a-human-tissue-transplantation-post-mortem-anatomical-examination-and-public-display-bill/ Retrieved August 2019.