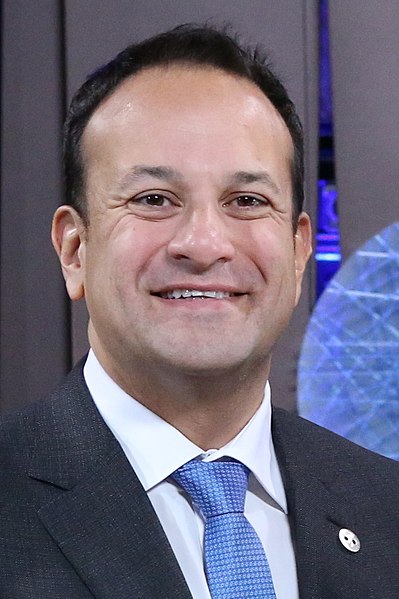 “I trust women” was the rhetorical ploy of Simon Harris, Minister for Health, during his campaign for abortion. The Taoiseach, and former Minister for Health, Leo Varadkar, often echoed this slogan. (“All women?” you might ask, even when they contradict ech other, commit crimes…)

As of August 2017, Ireland had 450 young girls who claim to be seriously ill since they were injected with Gardasil, the vaccine against some HPV viruses. This story is not unique to Ireland. As far back as December 2013 Gardasil had generated 30,000 adverse drug reports (54,000 by May 2018) to the US government, including 140 deaths (420 as of May 2018; search www.medalerts.org).

So when Finian McGrath, an Independent TD and Minister of State for Disability Issues, raised genuine concerns about side-effects of Gardasil, Minister Harris had a little chat with him one evening.

First thing next morning, after what seems something like the infamous Night of the Long Knives, the “independent” TD showed himself to be anything but and announced to the nation: “I cocked up.”

Like McGrath, Bishop Alphonsus of Waterford and Lismore diocese trusts women. He listened to mothers of girls who have been seriously unwell since their vaccination with Gardasil. Alphonsus trusted women and was vilified and ridiculed by our liberal media and by a group of rebel clergy, so rebellious they towed the European Medicine Agency’s official line, an agency that receives 80 per cent of its funding from drug companies. Alphonsus apologised; for what I do not know, then went to ground.

Dr Leo Varadkar, while minister for health, showed he didn’t trust women. When TDs raised concerns about Gardasil safety he lambasted them in the Dail with the predictable caricature that they were conspiracy theorists. He claimed the T.D.s who defended the girls were simply paranoid about Gardasil being Big Pharma’s plot to make profits.[1] But Janus-faced Leo should point the finger at himself, for only two weeks after he delivered his patronising diatribe against concerned T.D.s, he had this to say about drug companies: “Varadkar blames high drug prices on greed.”[2]

Of course drug companies want to make profits; as publicly quoted companies their first priority is to their shareholders. Does he assume drug manufacturers are charities? Reality tells us otherwise. For starters, in January 2012 “GSK Fined Over Illegal Vaccine Experiments Killing 14 Babies.”[3] Varadkar then threw in the usual red herring of Andrew Wakefield and his MMR controversy as the next line of attack.

Coincidentally, around the time of Varadkar’s outburst, it was claimed (7 December 2015) by nuns running an orphanage in Cork that they were told by the Commission to Inquire into Child Abuse (CICA) to dump files relating to vaccine experiments at the orphanage.[4] It wouldn’t be the first time drug companies exploited orphans and kids with special needs for vaccine experiments in Ireland, as has been documented. Remember, this is the same minister who, only a year earlier, could call for an enquiry into apparent corruption at Bus Eireann.

Perhaps he assumes there’s no such thing as bad reactions and if you listened to the interview with Dr Derek Freedman, a genito-urinary physician, discussing Gardasil on Newstalk[5] with Pat Kenny (14 December 2015); you’d think anything is allowed in the name of science. “Ah, but it saves lives.” Gardasil is not in use long enough to make such a claim but approximately sixty die from cervical cancer yearly and not all had a prior infection with HPV (which is never acknowledged), so the vaccine might not have been of benefit to them. Of the 75-90 per cent of the population infected with HPV, only a very small number will develop cancer and of those who do, other factors have to be at play to cause it otherwise everyone with HPV 16 and 18 would develop cancer. Nor can medicine predict who will go on to develop cancer.

Yet we now have at least 450 young women seriously ill from the jab! Since advocates of the vaccine like to play the numbers game: “more benefit from it than are harmed”; “the benefits outweigh the risks,” as the mantra goes, then they should consider the real numbers and the real people behind the numbers. (Many more personal accounts can be read on www.vaccineriskawareness.com.)

But of course drugs have adverse reactions, especially those injected straight into the bloodstream. (“Even milk injected into the bloodstream is toxic,” according to Dr Edward Whitmont in his The Alchemy of Healing). For example, The Guardian could tell us in 2008 “Adverse drug reactions cost NHS £2bn.”[6]

But maybe vaccines are different? They “save lives,” goes the emotive, guilt-inducing catch cry. It’s even been claimed by the vaccine lobby that drug companies lose money on vaccines! Well again, ironically, about the same week HIQA, Ireland’s health information and quality authority, advised, yes, Minister Varadkar to end the BCG programme (TB vaccine). One benefit would be the avoidance of “unnecessary side-effects,” said the report.[7]

“Side-effects”! What side-effects? Why are they only telling us now? Again, quite timely, experts on TB and the BCG vaccine met in India to announce “Ineffective BCG Vaccine Behind TB Cases.”[8] Dr Shekhar Mande, who inaugurated the workshop, has more experience than most on the subject. He heads the National Centre for Cell Science, Pune, India.

Another defence by unthinking, defensive advocates of a drug – who almost always have a financial, emotional or professional interest in it[9] – is to claim there is no evidence against it, forgetting that “absence of evidence is not evidence of absence.”

Isn’t it strange, all official information on every vaccine’s and drug’s side-effects are identical: swelling at the site, itchy rash..? They never seem to mention constitutional symptoms.

Returning to Pat Kenny’s discussion on Gardasil, it’s reasonable to ask if a genito-urinary physician is qualified to comment on a generalised, constitutional reaction when his specialty is in a localised area of the body. After all, the Japanese ceased giving the HPV vaccine in 2013 and “The focus of the Japanese inquiry is not on injection-site reactions; it is on systemic reactions.”[10]

Advocates dismiss the connection between the vaccine and awful reactions as being a “coincidence.” However, there have been such reactions within 30 seconds of the vaccine being administered, as occurred at one school in Manchester, U.K. Coincidence? And where is the proof of such coincidence? It’s an assumption, not science.

Gardasil only lasts for eight years and only covers eight strains of the vaccine, we learn from the Newstalk discussion. Dr Derek Freedman (who has a financial interest in running a private STD clinic) claims it also provides a “cross-over” protection against other strains. Strangely, the flu vaccine doesn’t do likewise which would make the annual flu jab redundant.

In the meantime, unlike our young Fine Gael politicians, there are people who trust women and their daughters. The American College of Pediatricians recently (January 2016) warned about “New Concerns about the Human Papillomavirus Vaccine” possibly causing premature menopause, known as POF,[11] and four recent studies from Denmark, Canada, Colombia and Italy confirm that, as with Chronic Fatigue Syndrome, these girls have disturbed functioning of the autonomic nervous system (dysautonomia/severe dysautonomic syndrome).[12]

Other studies show: “The symptoms observed in this study can be explained by abnormal peripheral sympathetic responses. The most common previous diagnosis in the studied girls was psychosomatic disease,”[13] which means the symptoms are not psychosomatic but have a real physiological basis.

The question arises: why are some people trusted and listened to but not others? It’s not P.C. to question the medical establishment; it makes one a conspiracy theorist, anti-science, a quack and any other label that makes it easier to dismiss those who challenge the status quo, but we have now seen the duocracy of Fine Gael Nua does not trust women; nor should we trust them.

Further information
The WHO provides Drug reaction details at http://www.vigiaccess.org/

New book: “The HPV Vaccine On Trial: Seeking Justice for a Generation Betrayed by Mary Holland“, by Mary Holland,  Kim Mack Rosenberg and Eileen Iorio. Holland and Rosenberg are lawyers. The credits alone for this book are a damning indictment of Gardasil. Mary Holland outlines some of the major problems with Gardasil in an interview on RT.com which begins just after halfway: https://www.rt.com/shows/watching-the-hawks/440828-cia-torture-north-carolina/

Johnathan Irwin, who recently stepped down from his Jack and Jill foundation, and whose daughter has been badly affected by Gardasil shares some thoughts; see his short talk on YouTube: https://www.youtube.com/watch?v=yeP-eIyibQM

For more information on those claiming to have suffered Gardasil reactions, explore the website www.Regret.ie

Research “Autonomic dysfunction and HPV immunization: an overview” finds a pattern of side effects after HPV jab. For a summary see Dr James Le Fanu’s article and warning in The Daily Telegraph: https://www.pressreader.com/uk/the-daily-telegraph/20181217/282213716920810

Notes
[1] A short video of the discussion – which the minister is not having – is available at https://youtu.be/rNBK6foPjic

[3] The illegal trials, known as Compas, of a pneumonia vaccine involved 15,000 Argentine babies and 9,000 in Colombia and Panama on “… vulnerable sections of society. They are unable to read any kind of consent form. GSK’s recruitment of these people was absolutely unethical,” said Jorge Yabkowsky, president of the Argentine Federation of Health Professionals.

[9] Regarding various conflicts of interest, an advocate of Gardasil and Cevarix failed to declare a financial and professional conflict of interest in correspondence in The Lancet, http://dx.doi.org/10.1016/S0140-6736(15)61114-X