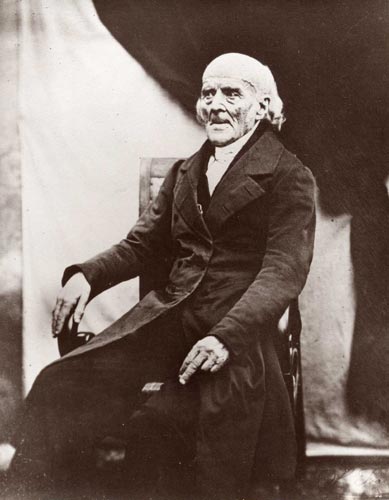 There are histories and there are histories. Some give a fuller and truer picture than others. It’s like the joke about the retired English army officer who was holidaying in Cork. He took a guided tour bus to explore the city. Every 20 minutes the tour guide would proudly announce, “And this is where we defeated the English.” After a while, the old officer, somewhat peeved, asked, “Surely we won some battle?” To which the guide answered, “Not on this f——g bus, mate.”

What follows is my letter to Prof George Makari explaining he has, like many historians of medicine, excluded Hahnemann where Hahnemann should be included as a protagonist in the movement to humane psychiatry.

Dear Professor Makari,
congratulations on the publication of your book Soul Machine.

While it highlights the problematic mind-brain split as you have shown eloquently before in the New York Times and for which you can be commended for your honesty (and which I made use of below), you sadly make a common oversight: you neglected one of the most significant persons in the history of psychiatry; Samuel Hahnemann.

Probably the first person to treat humanely the mentally ill, “fifteen months before Pinel” (Peter Morrell; Hahnemann – the Real Pioneer of Psychiatry now expanded in Homeopathy and Mental Health Care), Hahnemann did not divide the person into physical and mental, mind/brain dichotomies etc. but saw a unity in physical and mental diseases which have to be treated as one.

Considering your countrymen built a monument to Hahnemann in Washington DC, at which the “president broke with protocol by meeting the guests at the White House door” (according to Dr Richard Haehl here) on the day of its dedication, and even though you also have colleges and hospitals named after Hahnemann – despite the fact he never set foot in the US – isn’t it a surprising oversight regarding a man of such renown as Hahnemann? 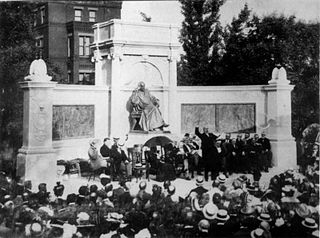 You are not alone with this blind spot! Professor Thomas H. Broman (University of Wisconsin) has written The Transformation of German Academic Medicine, 1750-1820 (Cambridge Studies in the History of Medicine), yet bizarrely doesn’t mention Hahnemann who taught in Leipzig during this time, doesn’t list him in those who held a chair, doesn’t mention homeopathy and the controversy Hahnemann caused, even though the book is about the transformation of medicine in Germany at the time of Hahnemann with reference to Leipzig! (see relevant sections in Haehl’s biography of Hahnemann, Vol I and Vol II.) There is even a monument to Hahnemann in Leipzig, so little known was he!

Unfortunately, when historians keep referring to biased work, it becomes a case of the blind leading the blind. (Human failings like cognitive dissonance and confirmation bias come to mind as well as bias, poor research and prejudice.)

Edmund Carleton
On the contrary, Hahnemann has had an influence in the area of psychiatry as well as general medicine. One example: in my favourite book Homeopathy in Medicine and Surgery, the author, Dr Edmund Carleton, Connecticut (link), begins his book with a case of insanity:

I think of the apparently hopeless case of mania in the practice of the late Dr. J. P. Van Evera. The patient was in constant motion and lamentation. If near a window she wanted to throw herself from it. When near the water she wanted to drown. On entering the kitchen she endeavored to get into the stove and burn to death. The case was referred to the late Professor Selden H. Talcott, who gave Rhus tox and cured the case promptly. Nothing in my medical experience has given me more insight and confidence in homoeopathy than that cure. It served me well in the case which is about to be related.

Dr Kent
Dr James Tyler Kent gave an example of how homeopathy can help in various mental states by making an example of a certain doctor. In a talk entitled A Study in Materia Medica, (c.f. New remedies, clinical cases, lesser writings, aphorisms and precepts, pp. 199-201), he illustrates with symptoms and their corresponding remedies from their provings. What would the modern psychiatrist do..?

There is a physician in this city, or at least he has a sign on his door, going about day and night seemingly not in his right mind, or if he be perfectly sane, what he does and says might be attributed to buffoonery (Stram.) with desire to calumniate (Ipec.), but if a very generous view be taken of the matter, he is not responsible for his words and conduct.

He bellows on the street (Bell., Canth.), and assumes an air of importance (Hyos., Stram.). Some of his friends have observed great anxiety with sweat (Ars., Graph.). There is a great awkwardness about his movements and he drops things (Apis). He is advanced in years prematurely (Bar-c., Ant-c.), he is said to be astute in his madness (Anac.) and is much worse in his mental aberrations when alone (Elaps., Phos., or Stram.) with no one to talk to.

He is given to alternations of humor (Ignatia), i.e. irritability with cowardice (Ran.-bulb.). He is very jealous (Hyos.) and seems to have an aversion to his own business (Sep. or Kali-c.) because he attends so diligently to that of others. He has not manifested any desire to destroy his own clothing, but often rips his neighbor’s coat up the back (Verat.). In all his ravings he is fearless, yet he is anxious from a slight noise (Caust., Silic., or Aurum), and he seems to dread a storm (Nat-c., Phos.).

He has at times shown great apprehensiveness (Hyos.) with an active cerebral hyperemia (Glon.). He sees faces from every corner (Phos.) and was known to make rapid movements in the street at the sight of a hand organ (Phos-ac.), so great is his aversion to music.

Sometimes he thinks he sees cats (Puls., Stram.) and is said to be childish in his behavior (Crocus). Again he imagines he sees far into the future (Aeon., Phos-ac.) and his comprehension is decidedly difficult (Lyc.) especially of what he hears. (Cham., Nat-c.).

He frequently manifests a lack of self-confidence (Bar-c., Kali-c.) because he knows that there are people living who know the real cause of his insanity (Phos.). Occasionally his conscience troubles him (Ars., Cocc.) and a small boy frightened him the other day by saying “rats!” (Calc.). He often looks back as if pursued by enemies (Dros., Lach.). He went home and looked in the looking-glass and thought he saw a goose (Hyos.). At times he is of a slanderous turn of mind (Nux) and lacking in moral feeling (Anac.). His pride is wonderful (Plat.). He often walks in his sleep (Phos.) and starts at a slight noise (Borax) and has a dread of thieves (Ars., Lach.).

Perhaps a nosode would cure him if the product of his disease could be run through a potentizer. The remedy that causes the totality of symptoms does not appear, even after long study. Even “Christian Science” has failed to make a man of him. It has recently been reported that he has resorted to stimulants, and still he fails. Is there no saving a man who will not save himself? Echo answers, “no saving!”

Dr Hardy and Dr Mahesh Gandhi
Dr Jonathan Hardy gave a conference in Ireland this year to homeopathic vets. He began by saying he had given the last talk at a previous conference at which he followed on a presentation by Indian homeopathic psychiatrist Dr Mahesh Gandhi. Dr Gandhi had presented a cured case of cannibalism (the patient hadn’t acted on his thoughts – yet). Such is the power of homeopathy in psychiatry.

We have a saying here: “give credit where it’s due.” Science and patients need your honesty in highlighting the shortcomings of modern psychiatric research and funding. It’s just that Samuel Hahnemann is due the same credit.

As a historian of medicine you should find some links in the following posts useful: Psychiatry and Homeopathy and Mind-brain Split Splits Psychiatry.

Best wishes with your work

Not much of a medical historian’s Bible in theBMJ