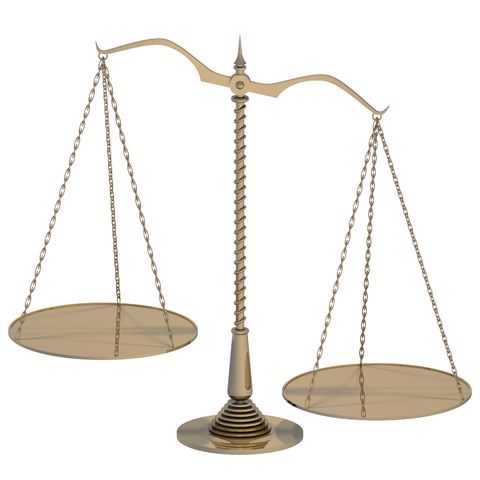 Evidence based medicine and RCTs still in the balance

Medicine Lacks an Evidence Base – Economist

Professor Alan Maynard was not the first to challenge doctors, the NHS and government for the lack of science and evidence base in medical treatments, but he was one of the most significant. Described in his Daily Telegraph obituary (8 February 2018) as the “Influential health economist who took on doctors over their failure to practise evidence-based medicine”, Maynard often clashed with the medical profession, particularly when describing GPs as “a marauding bunch of shopkeepers who wish to preserve the inefficient provision of care.”

On another occasion he explained: “…We know relatively little about the figures concerning patients’ treatments and so doctors fly by the seat of their pants and the scientific basis for their choices is really quite poor.” But, he noted, “This does not prevent the BMA from declaring that our system [the NHS] is the best in the world.”

In 1990, The Daily Telegraph tells us, Maynard said: “Debates about the design of healthcare systems worldwide are dominated by assertions and almost religious beliefs to the exclusion of construction of hypotheses and their testing by careful collection of data.”

A suitable template was in place since 1845, the obituarist tells us, with the Lunacy Act which sought to measure whether doctors actually made their patients better, by requiring them to report on how many of their patients died and how many recovered. We are told the idea did not catch on and Maynard blamed vote-seeking politicians, clinicians with vested interests and lobbying by the big pharmaceutical companies.

“In 2009,” The Daily Telegraph continues, “Maynard claimed that nearly half nearly half of NHS treatments had no evidence base whatsoever. For example, one study had demonstrated that 50 per cent of coronary angiography and 40 per cent of coronary artery by-pass grafts were performed for equivocal or inappropriate reasons… He accused members of the profession of treating with suspicion colleagues who sought to improve things.”

Professor Maynard wasn’t a quack, sceptic, new-ager or any of the other caricatures science police use against homeopaths or critics of medicine. Maynard founded the graduate programme in Health Economics at Exeter where he taught, and in 1983 was founding director of the Centre for Health Economics which became the leading research centre in Europe. He worked as a consultant for DfID, WHO, the World Bank and the EU. He was founding editor of the journal Health Economics. Appointed OBE , his ideas led to the establishment of NICE.

Evidence Based Medicine and Hahnemann

In an interesting, fair and thought-provoking article Evidence based medicine: a movement in crisis? (or here) in the BMJ online, the authors¹ outline the huge amount of problems with the modern medical ideal of evidence based medicine. However, to read the authors’ criticisms, one would think they were students of the great Hahnemann: treatment should be individualised; economics and politics should not influence medicine; observations should be objective; treatment of patients cannot be mechanical but should allow for individual nuances; focusing on disease names excludes illnesses which don’t fit disease labels; the perils of polypharmacy and respect patients’ own words. If only they could listen to Hahnemann, even if it is 200 years late!

One thing the authors fail to tackle is to define what the goal of a prescription is, what they mean when they say a drug “works”, therefore setting a defined goal for a drug not just setting a goal for the care of the patient generally. Anyway, I conclude that this insightful article validates Homeopathy. The article is summarised in the quotes below.

A Crisis in Evidence Based Medicine

The authors raise a number of issues undermining medicine as evidence based: the evidence based “quality mark” has been misappropriated by vested interests; the volume of evidence, especially clinical guidelines, has become unmanageable; statistically significant benefits may be marginal in clinical practice; inflexible rules and technology driven prompts may produce care that is management driven rather than patient centred and evidence based guidelines often map poorly to complex multimorbidity.

What is Real Evidence Based Medicine? How do We Achieve it?

The characteristics of real evidence based medicine according to the authors are: it makes the ethical care of the patient its top priority; it demands individualised evidence in a format that clinicians and patients can understand; is characterised by expert judgment rather than mechanical rule following; it shares decisions with patients through meaningful conversations; it builds on a strong clinician-patient relationship and the human aspects of care and it applies these principles at community level for evidence based public health.

The authors’ main actions necessary for implementing real evidence based medicine include: patients must demand better evidence, better presented, better explained, and applied in a more personalised way; clinical training must go beyond searching and critical appraisal to hone expert judgment and shared decision making skills; producers of evidence summaries, clinical guidelines, and decision support tools must take account of who will use them, for what purposes, and under what constraints; publishers must demand that studies meet usability standards as well as methodological ones; policy makers must resist the instrumental generation and use of “evidence” by vested interests; independent funders must increasingly shape the production, synthesis, and dissemination of high quality clinical and public health evidence and finally, the research agenda must become broader and more interdisciplinary, embracing the experience of illness, the psychology of evidence interpretation, the negotiation and sharing of evidence by clinicians and patients, and how to prevent harm from overdiagnosis.

Too much medicine is a problem they acknowledge and list some organisations campaigning to reducing excesses in treatment. This “rapidly growing movement, led jointly by clinicians, academics and patients, aims to reduce harm from overdiagnosis, overscreening, and overtreatment. The second of what will hopefully be an annual ‘preventing overdiagnosis’ conference will be held in Oxford in September 2014 (www.preventingoverdiagnosis.net As of 2017, this conference is now an annual meeting.) Other groups include:

All trials (www.alltrials.net)—an international initiative to ensure that all clinical trials are registered at inception and no findings are withheld from publication

Reducing waste and increasing value in medical research (www.thelancet.com/series/research)—A recent Lancet series highlighting the waste and loss of value caused by research that addresses the wrong questions, uses inappropriate study designs; is weighed down by bureaucracy, or is so badly or inaccessibly reported that practitioners and policymakers simply cannot apply it.

Improving publishing standards (www.icmje.org/urm_main.html)—A campaign by the International Committee of Medical Journal Editors to improve the quality and transparency of medical publishing by discouraging ghost-writing and raising the standards for declarations of conflicts of interest.

Integrated medical education—Campaign to strengthen the integration of the different components of the curriculum by developing bedside clinical skills, understanding and applying research evidence, and reflecting and deliberating about complex cases.

The authors sum up as follows:

Much progress has been made and lives have been saved through the systematic collation, synthesis, and application of high quality empirical evidence. However, evidence based medicine has not resolved the problems it set out to address (especially evidence biases and the hidden hand of vested interests), which have become subtler and harder to detect. Furthermore, contemporary healthcare’s complex economic, political, technological and commercial context has tended to steer the evidence based agenda towards populations, statistics, risk, and spurious certainty. Despite lip service to shared decision making, patients can be left confused and even tyrannised when their clinical management is inappropriately driven by algorithmic protocols, top-down directives and population targets.

Such problems have led some to argue for the rejection of evidence based medicine as a failed model. Instead we argue for a return to the movement’s founding principles—to individualise evidence and share decisions through meaningful conversations in the context of a humanistic and professional clinician-patient relationship. To deliver this agenda, evidence based medicine’s many stakeholders—patients, clinicians, educators, producers and publishers of evidence, policy makers, research funders, and researchers from a range of academic disciplines—must work together. Many of the ideas in this paper are not new, and a number of cross sector campaigns with similar goals have already begun. We hope that our call for a campaign for real evidence based medicine will open up debate and invite readers to contribute (for example, by posting rapid responses on bmj.com).