Is cancer curable? How should we treat cancer? Let’s start with this latest extraordinary claim on the front page of today’s Daily Telegraph; Raw garlic ‘can halve the risk of lung cancer.’ Adults regularly consuming raw garlic as part of their diet were 44 per cent less likely to suffer the disease, we are told. Even smokers showed much better odds against the disease. This Chinese research was published in the journal Cancer Prevention Research. 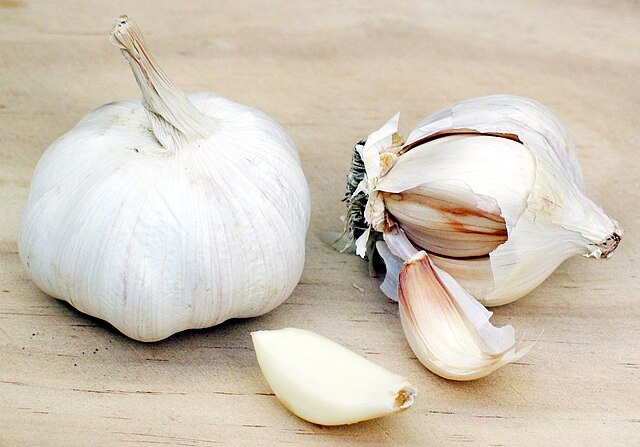 Garlic, Allium sativa, is the same family as the red onion, Allium cepa, both of which have shown in Homeopathic provings to have an affinity for the lungs. The onion has a shorter more intense symptom range and has been found useful in allergic rhinitis and painful acute coughs. Garlic produces a lot of mucous in the lungs and has an affinity to symptoms of TB but cancer? I’m not convinced. An introduction to each remedy can be found here: Allium sativa and Allium cepa.

Back to our original question about the curability or not of cancer. James Tyler Kent answered this from a homeopathic point of view which he published in his Lesser Writings (read it here). Remember, a homeopath prescribes on symptom totality (unlike the allopath who treats cellular changes – which occur long after the patient has become diseased). His talk to members at the 8th meeting of the International Hanemannian Association, circa 1900, Why is Cancer Incurable? is summarised here.

Why is Cancer Incurable?

In other words: What must be discovered, to lead to the cure of cancer? When a case has been cured, why was it possible when other cases, and most cases, have resulted in failure ?

It is true that in some cases there are hold-over symptom enough to lead to the remedy, but in most cases there is nothing discoverable but the malignant growth and its associated features of hardness, stinging pains, ulceration, enlarged glands and the tendency to involve the surrounding parts in its own development.

A neophyte could say that such a growth is malignant, without the aid of a microscope.

Then, in most cases, the paucity of symptoms is the present state of the situation. If the child’s mental symptoms could be fully ascertained, and the symptoms from the childhood to adult age, something might be done. Cancer generally comes on in after life, when childhood actions have been forgotten. The patient does not know her own childhood mental state, the parents may be dead, sisters and brothers may describe the antics of the child.

We do not know whether the child was obstinate, hateful, ungovernable, hysterical, violent, slow in school work, or the opposite; we can learn only the commonest features of puberty, which is a most important time to investigate in all women. If the symptoms that have appeared from birth to the present date are  undiscovered, it is no wonder that cancer is incurable.

To cure any condition we must base the prescription on the totality of the signs and symptoms and not on the pathology. The cancer is the ultimate. The symptoms from the first are the outward image of the patient. If they have been suppressed or changed by drugs that are not  homoeopathic, there is nothing left for the homoeopath to do and the surgeon can do no better. Palliation and prolonging life are not curing.

“All curable diseases make themselves known to the intelligent physician in signs and symptoms.” (Hahnemann) Pathological conditions, as also the patient, are incurable when there are no signs and symptoms, and so long as there are no signs and symptoms these remain incurable. In proportion as the pathology progresses the signs  and symptoms decrease. This is marked in cancer, in tuberculosis, in diabetes, in Bright’s  disease, and in all of the organic conditions of the body. In some instances, the remedy that was once indicated by mental and physical symptoms will cure even in moderately advanced pathological conditions; again, such a remedy will soon reveal that the patient has been sick too long and the pathology has progressed too far, and the reaction is so feeble that he sinks rapidly and the remedy must be antidote.

I remember a patient who had long suffered from tuberculosis of the lungs; cavities were present; several haemorrhages had occurred; the mental and physical symptoms had called for Phosphorus from the early history, and even at the time he came, this remedy fitted the symptoms. Phosphorus was given in high potency, as I had not then learned better, and there followed a high fever, involuntary diarrhoea, and sinking. It was apparent that this patient would soon die, but Arsenicum antidoted the over-action of Phosphorus and the patient lived several months. The patient must have the reactive ability when the similar remedy is administered, or become worse after such a remedy than before.

Therefore, it is a homoeopathic remedy when the patient can react from it, otherwise it is only a similar agent and not a remedy. When a similar remedy is not a homoeopathic remedy is quite a new problem to many good thinkers. It is never such when the patient lacks that reaction which is always depended on and so promptly noticed in all curable cases. Some patients have lost this reaction when there is no visible or discoverable organic disease. This is what comes to the aged who die of senile debility and it may be said, as a fact, that the deceased had no disease.

We often see, in the last days of the aged, a quick response after the remedy, but it holds only a few hours and he sinks to his final rest. Quite similar is this lack of reaction in some feeble, young, and middle-aged people. Whether it comes from constitutional debility or pathological conditions, the lack of vital reaction is the same.

When we think of the curability of cancer or tuberculosis, this is the question to be considered. We can judge the measure of his reaction by watching the symptoms after the administration of the remedy. No two patients react the same. It is generally safe to conclude that so long as signs and symptoms are present good vital reaction continues, but after the signs and symptoms have departed, and pathology has taken their place, it is impossible to predict what the quality of his reaction may be, until the patient has been tested by the similar agent. When this is known, it will be easy to understand why old symptoms return,  in chronic cases, after the administration of the similar remedy. Patients having only feeble reaction are only palliated, while those of  strong reaction go through all their past symptoms in the reverse order of their appearance.

In patients with cancer or tuberculosis, we may be quite certain of their ultimate recovery, if old symptoms return after administration of the remedy. These patients seldom have the vital reaction strong enough to develop former symptoms, hence they are incurable.

To be able to perceive the remedy from the signs and symptoms in the present or history is one item of cure, but another and quite different item is the vital  reaction of the patient. To find a remedy that will restore his lost vital reaction is thus far impossible. Even the surgeon’s knife has been a failure.

Perhaps we should ask what type of person goes on to develop cancer? From a perusal of the thorough case-taking unique to homeopathy, as illustrated in the writings of Dr Rajan Sankaran (particularly his plants and Structure books), we can see a pattern; control seems to be a characteristic of such people. This makes sense when one considers that cancer, at a cellular level, means cells are out of control, totally at odds with the rest of the body. To read about homeopathy and successfully treated cases, please read my favourite book of all time, illustrating many cured cases of cancers and other heavy pathology cured with homeopathy – in the 19th century! – Homeopathy in Medicine and Surgery (or read it here) by Dr Edmund Carleton of Connecticut.

Further reading
BMJ.com: “Availability of evidence of benefits on overall survival and quality of life of cancer drugs approved by European Medicines Agency: retrospective cohort study of drug approvals 2009-13” (October 2017) and summarized in the Guardian