“Our Drugs Do Not Work…”

Have a laugh! The very thing sceptics have been saying about homeopathy; that it doesn’t work, has come back to them with a nasty sting in the tail! Now one person in the pharmaceutical industry – a world vice-president! – has had the balls to say it about their own drugs – that they don’t work, at least half of the time! When you’ve picked yourself up off the ground take a look at my post Cost of homeopathy “too expensive”! And then have a look at this in The Guardian; Drug companies accused of holding back complete information on clinical trials. 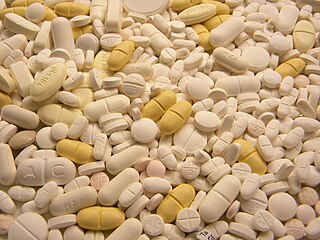 Tablets collected for waste – not half enough!

The report by Steve Connor is outlined below.

Glaxo Chief: “Our Drugs Do Not Work on Most Patients” (Published on Monday, December 8, 2003 in The lndependent), by Steve Connor (available here)

A senior executive with Britain’s biggest drugs company has admitted that most prescription medicines do not work on most people who take them.

Allen Roses, worldwide vice-president of genetics at GlaxoSmithKline (GSK), said fewer than half of the patients prescribed some of the most expensive drugs actually derived any benefit from them.

It is an open secret within the drugs industry that most of its products are ineffective in most patients but this is the first time that such a senior drugs boss has gone public. His comments come days after it emerged that the NHS drugs bill has soared by nearly 50 per cent in three years, rising by £2.3bn a year to an annual cost to the taxpayer of £7.2bn, according to Steve Connor. GSK announced last week that it had 20 or more new drugs under development that could each earn the company up to $1bn (£600m) a year…

Drugs for Alzheimer’s disease work in fewer than one in three patients, whereas those for cancer are only effective in a quarter of patients. Drugs for migraines, for osteoporosis, and arthritis work in about half the patients, Dr Roses said. Most drugs work in fewer than one in two patients mainly because the recipients carry genes that interfere in some way with the medicine, he said.

Some industry analysts said Dr Roses’s comments were reminiscent of the 1991 gaffe by Gerald Ratner, the jewelry boss, who famously said that his high street shops are successful because they sold “total crap”. But others believe Dr Roses deserves credit for being honest about a little-publicized fact known to the drugs industry for many years…

This goes against a marketing culture within the industry that has relied on selling as many drugs as possible to the widest number of patients – a culture that has made GSK one of the most profitable pharmaceuticals companies, but which has also meant that most of its drugs are at best useless, and even possibly dangerous, for many patients.

“It’s in their experience, but they don’t quite understand why. The reason why is because they have different susceptibilities (homeopaths have been saying for 200 years!) to the effect of that drug and that’s genetic,” he said.

“Neither those who pay for medical care nor patients want drugs to be prescribed that do not benefit the recipient. Pharmacogenetics has the promise of removing much of the uncertainty.”

Commnent
Will pharmacogenetics, testing a patient’s genes for the likelihood a patient will respond to a particular drug, and if not therefore prescribe a different drug, become de rigeur? Highly unlikely! It will be unreliable, costly and time-consuming and almost certainly not mean a curative response either.