Madam – Senator John Crown’s call to bring us back 200 years to the Enlightenment (We Need To Innoculate Ourselves Against Scientific Ignorance, 28.10.2012) is wonderfully ironic. The Enlightenment did much good but also brought many problems until we were partly saved by Romanticism. It certainly isn’t the high point of human evolution – as if everything before or since is the Darkenment! 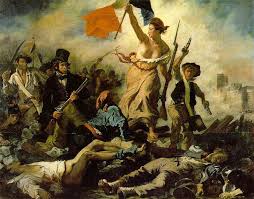 Enlightenment: the age of reason? – “We don’t need scientists”

Prof Crown contemptuously criticises all and sundry for being ignorant of science yet when one points the finger at others, remember; three more fingers are pointing back at oneself. In his simplistic caricature of Galileo’s fate he criticises the Church but is ignorant of the contribution of clergy to science and maths. It was a priest, George Lemaitre, who first proposed the Big Bang theory in the 1920s.

In criticising Homeopathy he reveals more ignorance, this time closer to home. As a cancer doctor he uses radium to treat cancer but doesn’t radium cause cancer? He treats patients with Tamoxifen yet this drug causes cancer. He’ll treat ovarian cancer with platinum yet Homeopaths revealed 200 years ago in their proving of it that it causes ovarian cancer (usually right-sided). Ironically, each day, senator Crown proves the truth of another “law of nature”(though probably unknowingly) – the law of cure as discovered by Dr Samuel Hahnemann that “only like cures like.” I’m sure Hahnemann was a man of the Enlightenment quoting the catch-cry of that era, Aude Sapere, on the first page of his Organon of Medicine. He was a friend of “Our dear” Immanuel Kant,¹ the central figure of the Enlightenment but Hahnemann, though a man of the Enlightenment, never limited himself to it. So maybe, after all, Mr Crown is closer to Homeopathy than he realises! Ironic?

Mr Crown possibly thinks medicine is scientific; it’s not, after all he can’t cure the common cold with it and never will. He suggests making children study science “as a foundation without an exam, like civics” but civics isn’t a subject although as part of CSPE is in fact an exam subject. And has he not heard about forthcoming changes to the Junior Cert..? Perhaps when prescribing for everyone else he could start by taking a dose of his own medicine because when talking of others: “ignorance”; “self-satisfied sophisticates”; “superiority”; “scientifically illiterate”, it seems, with his revealing choice of words, he’s really pointing at himself.

Breaking the Enlightenment Spell: Idealising the age of reason as a perfect model of truth, virtue and knowledge is bad history as well as bad philosophy, a review of the updated version of The Enlightenment: History of an Idea by Vincenzo Ferrone, translated by Elisabetta Tarantino (Princeton University Press, £19.95), is available here