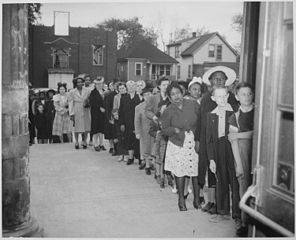 Dr Aseem Malhotra, has caused a stir by raising concerns (he isn’t the first – see my post on saturated fats and the Food Combining book) over the “myth” that saturated fats do not cause heart disease, rather carbohydrates do by creating metabolic syndrome. The result of this fallacy is that millions are unnecessarily prescribed statins (see my other posts on statins). Being as powerful as the pharmaceutical industry, the sugar industry has enjoyed the benefits of the low fat era. In reducing fat from foods flavour is removed as fat gives flavour, so this deficiency is compensated for by adding sugar and other sweeteners. What happens to this sugar if not burned off? It’s stored as… fat! That’s apart from the damage done to arteries.  Here is an earlier interview with Dr Malhotra on BBC; http://youtu.be/bgegpakWYVE

“Experts” and “Lack of Science”
Dr LeFanu goes for the jugular as ever with a criticism of the lack of science behind the introduction of new health policies;

The ‘expert committees’ that condemned butter and led eventually to the over-prescription of statins were lacking the ‘habit of truth’… but the contrary holds where the surest way of promoting false theories is by dressing them up in the garb of science. The favoured device, as many will know, is the “expert committee”, where, under the guise of dispassionately reviewing the relevant evidence, all contrary findings and observations are omitted. Thus those with longer memories may recall how 20 or so years ago, expert committees universally concurred that the meat, milk and dairy foods produced by our hard-working farmers were a potent cause of many forms of cancer and circulatory disorders – and that switching to a low-fat diet would save “tens of   thousands of lives”.

The critical tests of such extravagant claims – such as the lack of any parallel between the incidence of these illnesses over time and the patterns   of food consumption – were ignored.
More recently, this deceitful portrayal of milk, butter, eggs and so forth as being uniquely harmful has, as the cardiologist Dr Aseem Malhotra points out in the British Medical Journal, metamorphosed into recommendations by similar groups of experts for the mass prescription of cholesterol-lowering statins. In science, as elsewhere, “the habit of truth” is not fostered by a show of hands around a committee table.

Scientific Position Increased Cardiovascualr Risks
Dr Malhotra’s article, Saturated Fat Is Not the Major Issue, explaining his position is published in the British Medical Journal which you can read below.

Scientists universally accept that trans fats—found in many fast foods, bakery products, and margarines—increase the risk of cardiovascular disease through inflammatory processes. But “saturated fat” is another story. The mantra that saturated fat must be removed to reduce the risk of cardiovascular disease has dominated dietary advice and guidelines for almost four decades.

Yet scientific evidence shows that this advice has, paradoxically, increased our cardiovascular risks. Furthermore, the government’s obsession with levels of total cholesterol, which has led to the overmedication of millions of people with statins, has diverted our attention from the more egregious risk factor of atherogenic dyslipidaemia.

Saturated fat has been demonised ever since Ancel Keys’s landmark “seven countries” study in 1970. This concluded that a correlation existed between the incidence of coronary heart disease and total cholesterol concentrations, which then correlated with the proportion of energy provided by saturated fat. But correlation is not causation. Nevertheless, we were advised to cut fat intake to 30% of total energy and saturated fat to 10%.” The aspect of dietary saturated fat that is believed to have the greatest influence on cardiovascular risk is elevated concentrations of low density lipoprotein (LDL) cholesterol. Yet the reduction in LDL cholesterol from reducing saturated fat intake seems to be specific to large, buoyant (type A) LDL particles, when in fact it is the small, dense (type B) particles (responsive to carbohydrate intake) that are implicated in cardiovascular disease.

Indeed, recent prospective cohort studies have not supported any significant association between saturated fat intake and cardiovascular risk. Instead, saturated fat has been found to be protective. The source of the saturated fat may be important. Dairy foods are exemplary providers of vitamins A and D. As well as a link between vitamin D deficiency and a significantly increased risk of cardiovascular mortality, calcium and phosphorus found commonly in dairy foods may have antihypertensive effects that may contribute to inverse associations with cardiovascular risk. One study showed that higher concentrations of plasma trans-palmitoleic acid, a fatty acid mainly found in dairy foods, was associated with higher concentrations of high density lipoprotein, lower concentrations of triglycerides and C reactive protein, reduced insulin resistance, and a lower incidence of diabetes in adults. Red meat is another major source of saturated fat. Consumption of processed meats, but not red meat, has been associated with coronary heart disease and diabetes mellitus, which may be explained by nitrates and sodium as preservatives.

The notoriety of fat is based on its higher energy content per gram in comparison with protein and carbohydrate. However, work by the biochemist Richard Feinman and nuclear physicist Eugene Fine on thermodynamics and the metabolic advantage of different diet compositions showed that the body did not metabolise different macronutrients in the same way. Kekwick and Pawan carried out one of the earliest obesity experiments, published in the Lancet in 1956. They compared groups consuming diets of 90% fat, 90% protein, and 90% carbohydrate and showed that the greatest weight loss was in the fat consuming group. The authors concluded that the “composition of the diet appeared to outweigh in importance the intake of calories.”

The “calorie is not a calorie” theory has been further substantiated by a recent JAMA study showing that a “low fat” diet resulted in the greatest decrease in energy expenditure, an unhealthy lipid pattern, and increased insulin resistance in comparison with a low carbohydrate and low glycaemic index diet. In the past 30 years in the United States the proportion of energy from consumed fat has fallen from 40% to 30% (although absolute fat consumption has remained the same), yet obesity has rocketed.

One reason: when you take the fat out, the food tastes worse. The food industry compensated by replacing saturated fat with added sugar. The scientific evidence is mounting that sugar is a possible independent risk factor for the metabolic syndrome (the cluster of hypertension, dysglycaemia, raised triglycerides, low HDL cholesterol, and increased waist circumference).

In previous generations cardiovascular disease existed largely in isolation. Now two thirds of people admitted to hospital with a diagnosis of acute myocardial infarction really have metabolic syndrome—but 75% of these patients have completely normal total cholesterol concentrations. Maybe this is because total cholesterol isn’t really the problem?

The Framingham heart study sanctified total cholesterol as a risk factor for coronary artery disease, making statins the second most prescribed drug in the US and driving a multibillion dollar global industry. In the United Kingdom eight million people take statins regularly, up from five million 10 years ago. With 60 million statin prescriptions a year, it is difficult to demonstrate any additional effect of statins on reduced cardiovascular mortality over the effects of the decline in smoking prevalence and primary angioplasty.

A recent “real world” study of 150 000 patients who were taking statins showed “unacceptable” side effects—including myalgia, gastrointestinal upset, sleep and memory disturbance, and erectile dysfunction—in 20% of participants, resulting in discontinuation of the drug. This is massively at odds with the major statin trials that report significant side effects of myopathy or muscle pain in only one in 10 000.

A meta-analysis of predominantly industry sponsored data reported that in a low risk group of people aged 60-70 years taking statins the number needed to treat (NNT) to prevent one cardiovascular event in one year was 345. The strongest evidence base for statins is in secondary prevention, where all patients after a myocardial infarction are prescribed maximum dose treatment irrespective of total cholesterol, because of statins’ anti-inflammatory or pleiotropic (coronary plaque stabilising) effects. In this group the NNT is 83 for mortality over five years. This doesn’t mean that each patient benefits a little but rather that 82 will receive no prognostic benefit. The fact that no other cholesterol lowering drug has shown a benefit in terms of mortality supports the hypothesis that the benefits of statins are independent of their effects on cholesterol.

Adopting a Mediterranean diet after a heart attack is almost three times as powerful in reducing mortality as taking a statin. The recently published PREDIMED randomised controlled trial was stopped early after it showed that in high risk people the Mediterranean diet achieved a 30% improvement over a “low fat” diet in terms of cardiovascular events.

Pharmacotherapy can assuage the symptoms but can’t alter the pathophysiology. Doctors need to embrace prevention as well as treatment. The greatest improvements in morbidity and mortality have been due not to personal responsibility but rather to public health. It is time to bust the myth of the role of saturated fat in heart disease and wind back the harms of dietary advice that has contributed to obesity.

Updates
January 2016: Dr Malhotra suggests an apple a day is as effective as statins. See my post here and this commentary in the Daily Telegraph

We need a healthy dose of lifestyle medicine and less drugs, by Dr Aseem Malhotra who criticises the current medical approach to diabetes and cholesterol treatment.

September 2016. It’s just come to light the sugar industry paid Harvard “researchers” to shift the blame to the fat industry. Read about it here.