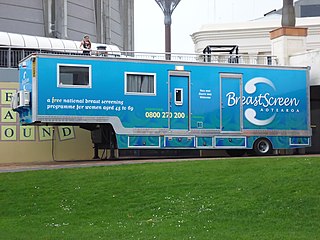 Treating potential disease before it becomes a disease sounds a good idea but assuming it will turn into a health problem is just that – an assumption. Cancer screening in Britain, after 20 years, has not significantly reduced the incidence of deaths from breast cancer according to a recent survey and breast lumps are being discovered and removed which might never become cancerous.

This is the point made today by James Le Fanu. He says the presumptive ideal is turning out to be a very different reality,

The reality is rapidly turning out to be very different, with tens of thousands of people being diagnosed with cancers they do not have and undergoing punitive treatment regimes they do not need.

A review in the U.S. last year of 30 years of breast-screening showed the number of “early-stage” cancers diagnosed doubled but this failed to reduce the number of “late-stages” of cancer being diagnosed accordingly. Instead, the rate of these late cases fell by a mere 8%.

The only conclusion to this discrepancy could be that many of these early stage cancers were misdiagnosed. These patients would have suffered chemotherapy for nothing, says LeFanu.

The story for men and prostate cancer has been the same with the “massive upswing in the cases since the introduction of PSA screening.” Again, there has not been a corresponding fall in mortality from the disease. LeFanu concludes,

It must be presumed that many gain no advantage from treatment. No doubt in time these screening programmes will adapt to take into account the profound uncertainties about their effectiveness, but for the moment, those found to have “early” cancers need to ask searching questions.

This seems to validate Hahnemann’s approach which was empirical and not a priori as in the case of screening (i.e. observing beyond the senses). For many examples of successful treatment of cancer with homeopathy, Dr Edmund Carleton (Archive.org) provides clearly documented cases from the late 19th century. Along with the practicals this great prescriber explains his cases rationally.

Homeopathy has many fine medicines for all manner of prostate problems. As an example:

Digitalis: an extract of which is used in medicine: “Now, a feature in connection with the genito-urinary organs. In old cases of enlarged prostate gland I do not know what I would do without Digitalis. Where there is a constant teasing to pass urine. In many instances where the catheter has been used for months or years because he is unable to pass urine in a natural way, and where there is a residuary urine in old bachelors and old men, Digitalis is a good remedy. It diminishes the size of the prostate gland and has many times cured. ‘Dropsy with suppression of urine.’ In uremic poisoning and in various phases of Bright’s disease of the kidneys we have symptoms indicating Digitalis. Retention of urine; dribbling of urine. Spermatorrhoea. Nightly emission. In persons addicted for years to secret vices. Enlarged prostate gland. (Also freely available here)

Just to give you an idea of the huge number of remedies available to homeopaths and the remedies specific to particular symptoms, look here.

To be sure, the logic behind the test seemed, initially, unassailable, since it can detect the presence of tumour cells in the prostate gland 10 years or more before they become apparent – allowing time to extirpate them before they cause any mischief.

This does, by definition, prevent the cancer from spreading, but the overall impact on the disease has proved to be much less than predicted, as emerged when researchers anticipating that men in Seattle would benefit from a fivefold higher rate of testing than in Connecticut found the mortality rate to be identical in the two states.

This would matter less were the gland not located in the worst possible place for its successful removal – within millimetres of the bladder and rectum and in proximity to the nerves that control their function. Hence, despite the best efforts of the most accomplished surgeons, the majority of patients are still, a year after surgery, impotent and having to wear adult diapers.

This is an inordinately high price to pay, physically and emotionally, for those with “low-risk” cancers who left untreated have, as a study published last year revealed, a 97 per cent chance of being alive 12 years later. The advocates of screening inevitably dispute these figures but, as the developer of the PSA test, Prof Thomas Stamey of Stanford University, subsequently observed, “Never in the history of medicine have so many been so over-treated for one disease.”