More to Sugar than Sugary Drinks

Taxing Sugary Drinks
In October 2013 a doctor from the Royal College of Physicians in Ireland, Professor Donal O’Shea, called for a tax on sugary drinks as a means to preventing obesity. Surprisingly, he defended his position by saying, “Absence of evidence is not evidence of absence.” Imagine the reaction from the same man if a homeopath made such a statement in defense of homeopathy! I am, though, with Dr O’Shea on this and am surprised at the illogical claim of the IBEC spokesman, Fergal O’Brien, who said hard-pressed parents would have to spend more. Would they? No, they could save money by not buying unnecessary and harmful drinks with no nutritional benefit. His claim that consumers will rush north of the border just to buy sugar in a bottle is laughable. Prof O’Shea does present some research from the Department of Health to back up his concerns. But the corpulent minister of finance, Michael Noonan, has rejected the opportunity to bring in the tax in next week’s budget despite the very corpulent minister of health, James Reilly proposing it. (Do overweight people have the will to tackle obesity?)

Research referred to recently in the Daily Telegraph showed a 26% increased risk of diabetes from consuming Coca-Cola. What most people seem to miss on this point is that with Coca-Cola specifically, there is an added cause of diabetes in the mix; phosphoric acid, proven by Dr Hahnemann (or here and for a concise version see here) to produce symptoms identical to diabetes regardless of “switching on a diabetes gene.” There is another problem with this drink; it kills! A lady in New Zealand and someone in the UK have died in recent times according to many news sources. Part of her problem is actually common; Coca-Cola is addictive, it also contains caffeine. Of social importance is the fact that sugar causes anger.

There is definitely a link between sugary drinks (even the sugar-free versions!) and obesity. Just stand at the check-out tills and watch all the fat people buy these drinks! The question is, what comes first? There’s a social dimension to this too – look at the amount of people walking round with a fizzy drink attached to their hand as if it is now an extension of themselves.

Milk plus cereals – a double dose of sugar

Breakfast Cereals
On a related issue, last night TV3 hosted a disappointing feature on breakfast cereals. They did not tell us why these cereals are really so bad – yes we know about the sugar and salt – but if people refrained from eating breakfast cereals, I’d say 90% of those taking PPI drugs for stomach acid could very easily give up their medication; there’d be no need for it. If doctors and Consultants knew just a little about diet they’d change diets first. But explaining diet and lifestyle takes time and there’s no money in it, prescribing a drug at 80 Euro per month is profitable and quick.

Recent research has also suggested that sugar is the cause of heart disease, not cholesterol. This was claimed by the author of the Food Combining book who said that the Norwegian scientist who first touted the idea of cholesterol causing heart disease soon changed his mind said it was refined sugar. Damian Thompson recently alluded to new science in his Daily Telegraph column (but no-one ever acknowledged the original people who informed us),

Like a cunning whodunnit, medical science has played a trick on us in the search for the Heart Disease Serial Killer. For decades, all the clues have pointed towards Mr Saturated Fat, an obese, chain-smoking lorry driver whose T-shirt is stained with hamburger grease from his pit stops at McDonaldâs. 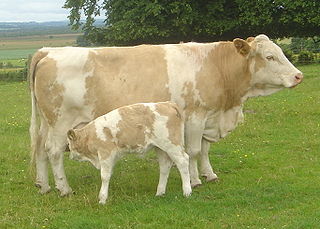 Type 1 Diabetes
Diabetes and sugar? There could be a more subtle unspoken criminal; milk. The white stuff may not be the right stuff says Andrew Marszal in his excellent article. Finland, he tells us, has the highest incidence of Type 1 diabetes (the early onset form of the disease) in the world and the highest per capita milk consumption. In contrast, this form of the disease is nearly non-existent in China and south-east Asia where hardly any milk is consumed due to lactose intolerance. He continues to inform us that professor Outi Vaarala at the University of Helsinki has been studying this link for 20 years. She believes that the body develops antibodies against the presence of bovine insulin, which then shut down human insulin production – something infants are particularly prone to, as the intestinal wall is not sufficiently developed to prevent the cow hormone entering the bloodstream. A pilot study supported this hypothesis but firmer results were due to be published in 2013.

Milk, Diabetes and Heart Disease
Milk has been linked to Type 2 diabetes and heart disease because of the sheer amount of energy in the liquid, he says. “Remember, it doubles a calf’s weight in 47 days compared to 180 it takes humans.” Even in low fat milk there are high levels of cholesterol and saturated fat. He quotes Joseph Keon’s book, Whitewash: “The fat in semi-skimmed milk could make up 2% of the weight, but 34% of the calories.” Now you know why we have so many plump little drinkers of cows’ milk. Milk may well be a cause of obesity as well as diabetes. Now add milk to your cereals and have a fizzy drink later and …

Now add to the problem the fact that in primary schools many teachers withhold P.E. classes as a form of punishment for “being bold” and/or don’t bother because someone from the GAA will be in this week to teach hurling and, “Ah sure, that’ll do them and I can have me coffee instead.”

On sugar, American endocrinologist and professor of clinical paediatrics, Robert Lustig, author of a new book Fat Chance: The Bitter Truth About Sugar, has concerns with fructose (see the video above). Read Victoria lambert’s feature on sugar can be found here along with David Gillespie’s ideas on how to kick the sugar habit.

‘I reversed my diabetes by changing my diet.’ Read Colin Beattie’s experience and the six steps on how to manage and reduce the risk of Type 2 diabetes by Dr David Cavan here

Diabetes targets for G.P.s are not science but arbitrary says GP: Diabetes the next big health problem

What to do if you are diabetic?: eat protein and veg before carbs, say scientists link

We need a healthy dose of lifestyle medicine and less drugs, by Dr Aseem Malhotra

Updates:
In our budget Mr Noonan did introduce a tax on sugary drinks. In Wales there is currently a campaign to do likewise as it is believed this tax will pay for 1,000 extra doctors.

Dec. 2015: The senior Coca-Cola executive who arranged donations to Simon Singh’s Sense About Science (renamed Good Thinking Society), a “charity” that subsequently published a report that sugary drinks don’t cause obesity has been forced to step down after her emails were made public. Read about it here