Naughty GSK from Argentina to China via Poland, Iraq and US

An article in the Daily Telegraph today by Tom Whitehead tells us about the corruption, on a global scale, by the UK drug giant GlaxoSmithKline. See my letter to Midwest Radio about GSK being fined for testing drugs on children in Argentina without parental consent or knowledge and selling their psychiatric drug Paxil, known as Seroxat in Ireland, which had no evidence behind it. The article is below. 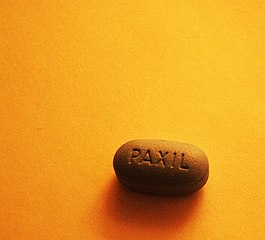 The shadow side of Paxil (Seroxat)

GlaxoSmithKline, Britain’s largest drug company, has been accused of bribing doctors to prescribe their medicines in Europe.

Doctors in Poland were allegedly paid to promote its asthma drug, Seretide, under the guise of funding for education programme, a former sales rep has claimed.

Medics were also said to have been paid for lectures in the country which did not take place.

Prosecutors in Lodz are investigating and have charged 11 doctors and a GSK regional manager in connection with alleged corruption, according to BBC’s Panorama programme.

GSK, which has a turnover of more than £26 billion, is already facing bribery allegations in China and Iraq.

The latest claims came fro Jarek Wisniewiski, who worked as a sales rep for the company for eight years until 2012.

In 2010, he worked on a marketing programme across Poland to promote Seretide. He said that, on paper, money was provided for educating patients about the drug but claims it was, in reality, paying doctors to prescribe more of the medicine.

He told Panorama: “I pay for education and in the same meeting I said that I need more prescriptions for Seretide. So … they knew exactly for what I pay.”

Another former GSK drug rep, who did not want to be identified, claimed they paid local doctors for lectures that never happened and this would result in a greater number of prescriptions.

Mr Wisniewiski said: “We pay agreement for a speech, we pay one hundred pounds but we expect more than one hundred prescriptions for this drug.”

Wisniewiski said he told GSK he was unhappy with the arrangement which resulted in him being sidelined and then later sacked.

The regional Public Prosecutor for Lodz has examined the contracts that doctors were given by GSK, the programme said.

Krzystof Kopania, spokesman for Lodz Public Prosecutor, said: “We have evidence to claim that in more than a dozen cases it was a camouflaged form of a bribe.

“In return for the financial gains the doctors would favour the product proposed by the pharmaceutical company and they prescribed that medicine.”

GSK told the programme that it ran a programme in Poland from 2010 to 2012 to help improve diagnostic standards and medical training for the benefit of patients with respiratory disease.

“(Some) sessions were delivered by specialist health care professionals who, based on contracts signed with GSK, received payments appropriate to the scope of work as well as their level of knowledge and experience. The provision of sessions under this programme was agreed with the Polish health care centres

“Following receipt of allegations regarding the conduct of the programme in the Lodz region, GSK has investigated the matter, using resources from both inside and outside the company,” the company said.

“The investigation found evidence of inappropriate communication in contravention of GSK policy by a single employee. The employee concerned was reprimanded and disciplined as a result.

“We continue to investigate these matters and are cooperating fully with the CBA (Central Anti-corruption Agency).”

UPDATE: 2/7/14
It just gets worse for GSK according to the Irish Times: GlaxoSmithKline confirms existence of Mark Reilly sex tape
(published: Tue, Jul 1, 2014)

British drug-maker GlaxoSmithKline has confirmed that it received a secretly filmed sex tape of its former China chief, Mark Reilly, in March last year, the latest twist in an increasingly murky corruption investigation in China.

Mr Reilly has been accused by the Chinese government of ordering staff to bribe doctors and hospital officials to use GSK products, using up to three billion yuan (€350 million) channelled through travel agencies.

Mr Reilly and two Chinese executives at Britain’s biggest drugmaker, Zhang Guowei and Zhao Hongyan, were also suspected of bribing officials in the industry and commerce departments of Beijing and Shanghai.

The men could face decades in prison. Mr Reilly is barred from leaving China and his whereabouts are unknown.

“The issues relating to our China business are very difficult and complicated,” the company said in a statement, adding that it was continuing to co-operate with the Chinese authorities.

Britain’s biggest drugmaker said it was unaware of who shot the video of Mr Reilly and his Chinese girlfriend, or with what motivation, although it was apparently shot without his knowledge and mailed to senior executives at the company.

Investigators hired
According to a report in the Sunday Times, the video prompted Mr Reilly to hire Peter Humphrey, a former Reuters reporter and Kroll operative, and his American wife, Yu Yingzeng, to investigate.

The couple were subsequently arrested by Chinese authorities in August last year and have been accused of selling personal information of people to clients through research companies.

The charges against the British executive caused shock waves among the business community and sparked fear among foreign managers in China, who are worried they could be jailed and have asked their lawyers if they should temporarily leave the country, or even for good.

GSK has previously apologised for employees in China apparently acting outside of its internal controls, but has denied that the sums of money were anything like as high as those alleged to have been paid.

Biggest scandal
It is the biggest corruption scandal to hit a foreign company in China since the Rio Tinto affair in 2009, which led to four executives, including Australian Stern Hu, being jailed for between seven and 14 years.

Glaxo is the maker of the world’s top-selling drug, the asthma treatment Seretide.

On Paxil (Seroxat), the BMJ has just revisited an old study – and shows it was flawed: Restoring Study 329