Didn’t I tell you! In my post on RCTs, referring quoting Harris Coulter’s book Divided Legacy Vol. IV, published in 1994, I said the peer review system “is merely an additional barrier ensuring that ideas departing from received truths have a rough passage to the pages of scholarly publication. And then today – after two decades – a group of Nobel scientists wrote a letter in the Daily Telegraph complaining about the negative impact of the peer review system. For Coulter, part of the problem is; who reviews the reviewers?

The letter, published here, outlines the problems they experience:

SIR – Under current policies, academic researchers must submit their proposals to a small group of their closest competitors – their peers – for consideration before they might be funded. Peers selected by funding agencies are usually allowed to deliver their verdicts anonymously. They assess the proposal’s suitability for funding, whether it would be the best possible use of the resources requested, and determine, if it were successful, the probability that it might contribute to the national economy in some way. If the answers are satisfactory the proposal has roughly a 25 per cent chance of being funded.

Peer preview is now virtually unavoidable and its bureaucratic, protracted procedures are repeated for every change in direction or new phase of experimentation or for whatever an applicant might subsequently propose. Consequently, support for research that might lead to major new scientific discoveries is virtually forbidden nowadays, and science is in serious danger of stagnating. Many scientists privately deplore these policies but their professional standing often depends on their acquiescence – a catch-22 that effectively diminishes public opposition to the policies. We call upon funding agencies to support sustained, open-ended research in unfashionable fields.

So this “utopian ideal” is actually self-limiting and prevents research. It means that major discoveries would not have happened with today’s funding rules. 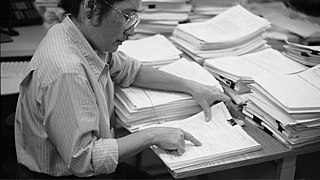 A reviewer evaluates a grant proposal

Professor Braben, the lead signatory, who has written a book on the subject entitled Promoting the Planck Club: How Defiant Youth, Irreverent Researchers and Liberated Universities Can Foster Prosperity Indefinitely, said Max Planck and others would not have got the required funding under today’s rules.

However, there is a note of hypocrisy here. One of the signatories is Prof David Colquhoun who obsessively campaigns against anybody, notably Samuel Hahnemann and his followers, who think differently or made discoveries which don’t sit with his little paradigm. What’s good for the goose is good for the gander…

Something Professor Colquhoun might not enjoy reading is this comment on an article in the Times Higher Education Supplement article “The Peer Review Drugs Don’t Work.” The article was written by Richard Smith who was editor of the BMJ and chief executive of the BMJ Publishing Group from 1991 to 2004. The comment is as follows:

As a medical representative of a pharmaceutical company I can tell you the situation is far worse than the above article suggests. One study to prove the efficacy of a GTN spray was actually produced by the manufacturers own sister company. Another drug Naftydrofurloxalate (Praxilene) was known to be a waste of time, but the marketing story was novel. Glucophage off restrictions was being sold as metformine to generic companies. The originating company told G.P’s that generic metformine was not produced the same way as Glucophage and could lead to gastric upset. This was unlikely to be true since the bulk of metformine was and is Glucophage in a plain packet. When will the scientific community stop lying. The problem is the lies are then called world class by the corporate university. Does that then mean they are world class liars? Discuss.

– Which shows the fallacy of both peer review and RCTs.

Updates
The peer review drugs don’t work: A process at the heart of science is based on faith rather than evidence, says Richard Smith writing in the Times Higher Educational Supplement, and vested interests keep it in place. Available here

Again from the Times Higher Education website: The worst piece of peer review I’ve ever received:
Six academics share their experiences before delivering a verdict on the system. Available here

“Valuing research rectitude: Peer review may not spot fraud – so universities need to be vigilant in tackling any wrongdoing among their staff.” click here

From The Scientist. Opinion: Scientific Peer Review in Crisis – The case of the Danish Cohort – (July 2015)

According to a recent analysis published in Proceedings of the National Academy of Sciences, about 67 percent of 2047 studies retracted from biomedical and life-science journals (as of May 3, 2012) resulted from scientific misconduct.

Times Higher Education continues its articles on peer review: Peer review as a way of validating research is bunk

Socio-political bias of the Left thwarts science. The Real War on Science: The Left has done far more than the Right to set back progress is a history of how the various sciences have been sabotaged by the Left. Well worth reading.

Peer Review: the end of an error – TLS essay