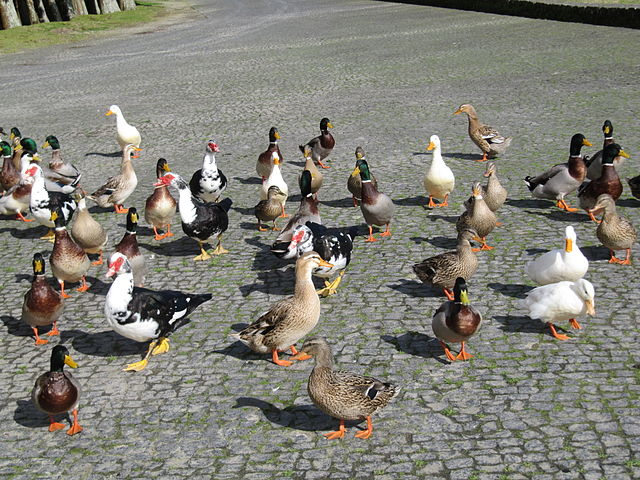 Warning: too many quacks!

Background
The term “practical homeopathy” has finally got the better of my curiosity. I first came across it in the early nineties when, unfortunately, I moved my practise location from Brick Lane, in east London, to the newly opened College of Practical Homeopathy in Bethnal Green under the proprietorship of Robert Davidson. Of all the homeopaths working there, I was the longest established in the area and brought patients with me – so I thought.

It wasn’t until I spoke with the owner of a shop in Aldgate when I realised the likely reason my patients had disappeared. The lady behind the counter, on reading my card, told me she goes to the college for homeopathic treatment. “There are a lot of homeopathic doctors there, but everyone has to see Dr Paul.”

Dr Paul. There you go; the buck seems to stop with you (and not a doctor by the way). I’m not suggesting any impropriety of course but it got me thinking, to say the least.

I hadn’t thought of that college since, until last week when I received an invite to a course offering me a way of using homeopathy with Narayani complexes in a, here you go again, practical way.

Such a claim to be the agent of a practical version of homeopathy is an insult – based on ignorance and perhaps arrogance – to proper homeopaths following the principles discovered by Samuel Hahnemann. It asserts that Hahnemannian homeopaths are not practical, or worse, impractical.

These practical homeopaths wouldn’t dare use properly attenuated/triturated remedies as per the directions of Hahnemann. No, they were too practical. They would make their own remedies on the spot with radionics boxes. What’s the need?: remedies are cheap, quality is excellent and guaranteed and are made in a way which is justifiable, whereas with the radionics remedies, how can we claim the patterns on a card and the turn of a dial to a number (apparently representing a potency) guarantees the right remedy, the right potency or… anything other than lactose?

Well wherever Robert and Paul are now, I wish them well. The last I heard, Robert was living in Milton Keynes. Not a place I’d like to spend five minutes in, never mind eternity (Robert apparently was a member of a cult called the Immortalists). The most interesting thing about Milton Keynes was that the crematorium was located at a suburb called Two Mile Ash!

Davidson’s CPH was subsequently bought by someone else – someone who now teaches the administration of herbs – very practical – but herbs, unlike homeopathy, aren’t based on principles, are toxic and are usually employed in a manner similar to conventional medicine: to suppress, manage, stimulate, compensate and never to treat a totality of symptoms. Practical maybe but rational?; no.

Narayani Remedies
So back to the newest most modern kid on the practical homeopathic block – Narayani Remedies. Actually, let’s begin by looking at this word modern. These practical theoreticians practically always use the term modern in relation to themselves as if everyone else is antiquated. Good to themselves, aren’t they? But who or what is modern? In ten years the moderns will be outdated and so on every ten years ad infinitum. Yet truth doesn’t change and homeopathy is truth. Sure, we can add to knowledge but the law of cure won’t change; it’s a law of nature.

Some of the Narayani people claim on their websites that treating twenty-first century people is more complex (than in Hahnemann’s time I assume). What do they mean? Nothing of course, it’s purely a ploy to justify their own fad. People aren’t more complex today: they eat better, their stresses may be different but no less than two hundred years ago, drugs are less toxic and better monitored and tested and we have less pollution and whatever hereditary influences he has in mind, well, human nature hasn’t changed too much since that heredity should be an issue today but not in Hahnemann’s time. As for “chronic drug use” being an excuse, it’s never been a problem for great homeopaths.

Pharmacology
Now, the pharmacology of these modern mixtures is ironic; despite wanting to simplify matters, the remedies are called “complexes.” We are told with great authority these remedies are “deep-acting” but who says and what does it mean? If they only work for “a week, a month” does this mean they are deep-acting? No.

“The Narayani complexes take nothing away from homeopathy but add an extra tool.” Adding a spanner to the works adds confusion and complexity (that word again) but it removes a simple prescription based on rationale and science – and science loves simplicity.

Organ Remedies
If a patient has a problem with their thinking which organ remedy will the Narayanis prescribe, one for my brain or one for my mind? It’s here the small-minded prescribing technique of treating organs, parts, disease names, that shows it up as another version of conventional medicine. It’s just that medicine does bad medicine well, Narayani followers do bad medicine badly.

Drug Toxicity
What is the mechanism by which their remedies “clear drug toxicity”? The body is equipped to do this to varying degrees depending on age and the drug’s half life and some drugs will remain in the body until the patients are in the happy hunting ground in the sky no matter what “clearing” is done. So managing patients on medicines is simple: we do nothing about the drugs as it’s unethical for us to do anything with them, we just treat homeopathically. Our remedies will still work and sometimes we have to work with limitations patients present us with.

“Balance”
What does it mean to say a person is “in balance” or “out of balance”? It means nothing. It has no value as an indication of health. It’s a misnomer and too frequently used by dreamy idealists but has nothing to do with homeopathy. If you don’t believe me look at its use in idioms here and its definition here.

Narayani Complexes
These wonderful remedies come in sets of six. Why should six be the magic number? The remedies aren’t made but “created” – swamis, magic numbers, mixtures which reveal the constitution “like a star” all sounds a bit too ethereal. Then Pauline Goulds, a practitioner, tells us each remedy loses its own sharp personal edge (remember, having taken “nothing away”?) but “is an initial stabiliser.” The remedies instead of taking away have “added” but what? – complexity, confusion. After a week or a month the single remedy will stand out like that shining star but a single remedy would do that if it matched the symptoms as Hahnemann showed. Why re-invent the wheel? And the price? The prices aren’t transparent on the three websites I checked.

Conclusion
Treating organs, using complexes doesn’t simplify as, ironically, was the intention of the founders. It is not new and not modern. It’s the easy way out and requires a lot of assumptions and guessing. Using complexes is regarded by good homeopaths as “mixopathy.”

Hahnemannian homeopathy, in contrast, is based on an unchanging law of cure and three unchanging principles: the single remedy; the minimum dose and the similarity of the remedy’s symptoms to that of the patient’s. This law and our principles of prescribing are like a rudder on a ship which steadily guides us no matter the symptoms, the disease name or the history of the patient.

The Narayani remedies were seemingly introduced for uneducated lay practitioners but surely registered practitioners can and should do a lot better.

But I can guarantee you one thing: if a member of my family was ill, I wouldn’t rely on a complex or Narayani practitioner to help them – it’s unreliable and can bring our profession into disrepute. And as for the guys getting a “97% success rate” treating AIDS in Africa with “PC remedies” drawn down from “the Great Source”… Sometimes homeopathy needs protecting from homeopaths!

Addendum
There’s an interesting connection between Robert Davidson, the College of Practical Homeopathy and Narayani Remedies: Dr Bill Nelson (William C. Nelson). The link with Narayani occurred through Nelson putting the Narayani remedies on his machine (see here). Nelson was a “professor” at the College of Practical Homeopathy under Davidson. His qualifications are, well, interesting! Read here. Even Nelson doesn’t know who or what he is as he declares here. One source, The Seatttle Times, says he’s living in Hungary and is a fugitive from the U.S. (The Seattle Times).